I was reading Anger Anonymous last week.  It is basically Alcoholics Anonymous for people addicted to anger. 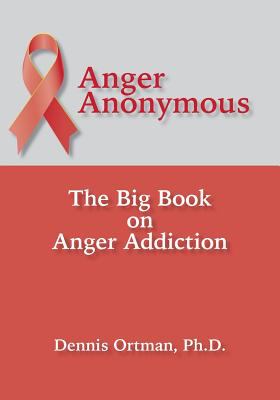 The book said many things that really blessed me.  One of the strangest, though, was the one at the bottom of this page:

As you see in the last few lines, the author defines forgiveness as “to fore-give or give ahead of time”.  I resisted that definition at first.  Being the doctrinaire that I was trained to be, I said to myself, “That’s not what forgiveness is!  Forgiveness is pardoning someone from the consequences of their sins on the basis of Jesus’ blood propitiation.”

And that is indeed what forgiveness is from a technical stance.  The more I thought about it, though, the more I realized that forgiveness can be this fore-giveness as well.  The propitiation-based pardon is what can be given ahead of time.  In fact, the more I thought about this, the more I saw it as related to what John Eldredge calls “your story told rightly”.  This, Eldredge says in his book All Things New, is what will happen at the return of Jesus.  He says that at the present our story is often told wrongly or understood wrongly; people don’t perceive us as we really are; they perceive us as something less than we really are.  At the future return of Jesus, though, the “renewal of all things”, our story will be told rightly.   We will have public indisputable vindication/validation as God tells the universe that we are His servants who have done well.

(This isn’t John Eldredge but he seems to be saying the same thing.)

I don’t think this idea of our story being told rightly is simply “correct”.  I think it is extremely important.  I think it is important that our story be told rightly in this way, that we get this public indisputable vindication/validation.  I think, in fact, that this is the reason I have such difficulty forgiving people (and, behind that, the reason I get so angry): I feel I can’t allow people to think less of me than I am, that I must make them see me as the good person I am and must punish them if they refuse to see me as the good person I am.

And I think this notion of fore-giveness relates to that.  I think fore-giving as the author describes here is related to the idea of our story being told rightly.  I think to fore-give is to react to people as you would if your story already had been told rightly.  It is treating them as you would if the public indisputable vindication/validation had already taken place.

Maybe fore-giveness is not technically accurate.  Maybe it is.  I don’t know such things (and I don’t worry about them too much anymore).  But I think there is a truth here.  My story will be told rightly one day; I will get the public indisputable vindication/validation I have desired for so long.  That being the case, I can (and should) treat people as if I had already gotten it.  I can operate on that Kingdom idea of “already but not yet” and thus “fore-give”.