”The idea had been building for some time.  Several months, actually.  But it nonetheless took me by surprise when it fully revealed itself to me on the Wednesday of Holy Week.  That idea was to fast.  That idea was to honor Jesus/participate in or at least symbolically reflect His passion by fasting from Thursday to Good Friday service.

This idea came from several sources.  One is that I had been thinking about fasting for some time.  I had been thinking about what it was for.  I knew it wasn’t just duty to perform (see Zechariah 7-8) and I knew it really wasn’t a way to manipulate God/put God in my debt so that He does what I want (this is impossible).  But I knew it was something Jesus and Moses and Daniel and a lot of other biblical figures did, something Jesus talked about us doing as if He expected us to do it or at least expected that we would do it, and I was wondering what it was for.  I got at least part of my answer to this sermon in which one of the Bible Project guys says that fasting is an appropriate response to changes in life.  He actually laments the fact that he has never fasted in the way many of the Bible characters did, and I likewise lament that I never have, either.

A third was Daniel 10.  I came across Daniel 10 is some podcast or another, and was really moved when I heard him say this:

So I had been flirting with fasting for some time, having been influenced by these and a few other sources (some of which were not spiritual at all, were presenting fasting as merely a health-promoting discipline, not one to draw near to God).  And when this idea came to the forefront that Wednesday, I decided to give into it.  I decided to fast for all day Thursday and most of the day Good Friday.  I decided to participate in/at the very least reflect the passion of Jesus by denying myself not only choice food but all food.  I decided to experiment with fasting in this way.  And I did it.  I gave it my best shot, anyway.  As I did, I had the following reflections:

So that was my fasting experiment.  Did I do it right?  I’m not sure.  I did participate in the passion of Christ in some small way and/or respect the sacrifice that we commemorate that beautiful weekend, though.  I’m fairly convince of that.  I’m convinced fasting in the flawed way I did was a better way to observe the events of this weekend than not fasting at all (just as feasting is a better way to observe the events of the following Sunday).  Even more than that, I learned a lot from doing it.  My eyes were opened to some other important realities, particularly the reality that the way I routinely live, a way that does not seem wrong to me/seems normal to me, often prevents me from being in the flow of God.  I think that makes the experiment a success.

Nothing else needs to be said today.

Our congregation had a few visitors this Easter Sunday.  One of these was a single guy.  I noticed him as I was delivering the message.  After services, I came up to say hi.

“I just don’t know where my faith is right now,” he said.

“I can help you with that,” I responded.

So we met a couple days later at a local Starbucks.  A couple minutes into our conversation, he started telling me about some of the injustices he experienced in his life.  As he did so, he referenced the 1983 movie The Dead Zone, which was based on the Stephen King novel of the same name.  He said there is a part in the movie in which the protagonist (who can see the future) is told that he has a gift only to respond that what he has is a curse.

Now I think I saw The Dead Zone, but I don’t remember that part.  I did manage to find a bit of it in the trailer, and I found the dialogue in the script.

There are no character names for the dialogue here, but you should be able to get the gist of it.

And this guy who visited my congregation was asking this same question.  He could see that the injustices he suffered may have some benefit, but he couldn’t see what that benefit was at the present time, so he was asking, “Has God cursed me or has God blessed me?”  That’s why he didn’t know where his faith was.  He didn’t know that because he didn’t know what God was doing in his life.

“That’s not the right question to be asking, though, is it?”

That’s what I said to him after he made this Dead Zone reference.  And it was entirely correct.  The question he was asking was the most pressing question at the moment, but it wasn’t the most pertinent one.

No, the question he was asking was a more advanced question, one which built upon another, more elementary yet more important question.  That is the question of whether or not God is good.  I suppose there is another question beneath that one: the question of whether or not God exists.  But those of us who already believe He exists, who take His existence to be the self-evident truth Paul says it is (Romans 1:20), we can effectively start at this question: is God good and is He doing good to me/for me?

That question is the foundational question.  The answer to that question is the foundation of everything that comes after.  It is impossible to answer these other questions, impossible to interpret life, without first having the answer to this question.  To use a different analogy, this is the part of the equation which must be worked first.  I know very little about math, but I do know that you can’t just start a mathematical equation wherever you want to.  You can’t if you want the correct answer, anyway.  You have to start in the right place, have to start with the right calculations at the beginning to get the right calculation at the end.  Or, to use yet another analogy, if you put the first button of your shirt in the wrong hold, every following button will likewise be in the wrong hole.  Start wrong, and the whole thing goes wrong. 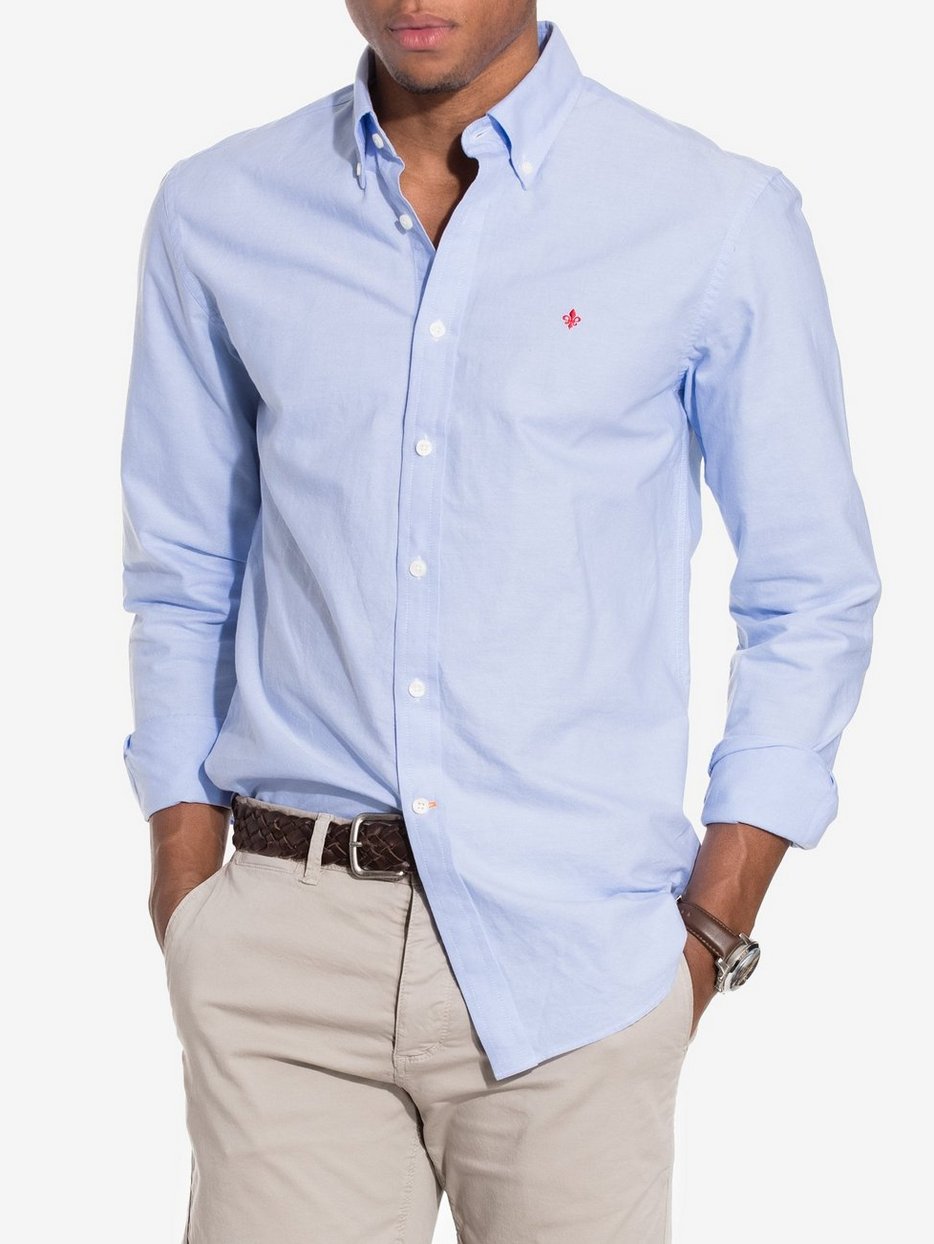 So it is with the question this man was asking.  He was trying to build several floors high without having the foundation laid first.  He was trying to button his shirt in the middle.  He was doing the equation in the wrong order.  There is an answer to the question of why he has suffered the injustices he has.  I don’t know what that answer is.  It might be something like Joseph’s being sold into slavery (which God used to save a bunch of people) or it might be like Satan’s asking to sift Peter like wheat (just something the enemy does to destroy).  I don’t know.  But I know he’ll never get a satisfactory answer starting where he is starting.  I know he’ll never be able to interpret his life without doing some foundational work.

And the answer, by the way, is yes.

I am part of a interdenominational church group called Church Without Shoes.  Every year, this group starts Holy Week with a forty-hour period of prayer.  We call this period “40 Hours of Prayer”.  Pretty straightforward, right?  The prayer is hosted at a church called Sanctuary Ministries, a church that is centered on worship, prayer, prophecy, and artistic expression.  This church has really put their talents into this forty-hour prayer period.  They divided the period into 40 1-hour segments, each led by a different pastor (I did two periods this morning as the pastor scheduled to take over for me couldn’t make it).  They further divided this hour into stations based on Jesus’ teachings in John 13-17.  I wanted to share these stations with you, so I took some pictures.  Here they are:

This is the first station.  I and the people I led repented here and reminded ourselves of God’s promise of forgiveness.

This is the entry to the prayer room.  It is designed to replicate the door to a Jewish household on the night of Passover.  You can see the blood above the door (not real, of course).  The idea is that we were interceding for our valley (our area is a valley, and we pastors often speak of it in that way).  We were asking for the destroyer to pass over our valley and God’s blessings to flow in.

The first station.  We read Jesus’ “new command” to love one another.  We thought about someone who needed His love, wrote their name on a card, and asked Him to fill us with His love for them.

The second station.  We had the names of people suffering from anxieties given us by the churches over the past several weeks.  We asked that Jesus would comfort them in their anxieties (see the hands of Jesus coming out of the troublesome headlines) and then we moved their names into His green pastures beside the still waters (Psalm 23).

Third station.  We read Jesus’ teaching on abiding in Him from John 15.  We prayed for those who have lost connection with “the vine” and then connected their names to the vine.

Fourth station.  We asked the Spirit to direct our attention to one of the pictures (all of which were hands in some state of action).  We then reflected on what God was saying to us in those pictures.  Some of us wrote what we heard down on paper and clipped it underneath the appropriate picture.  I heard God telling me to be more open to people, especially those that seem like “lost causes”.  (My paper is the second one under the picture of the open hands.)

The final station.  We prayed for unity among all the churches in our valley, the same thing Jesus prays for in John 17.  There were church names on cards.  We each picked a name, prayed for that church, then attached it to the cross.  I did not know most of these churches.  Many of them were far different from my church (more ecclesiastical, more denominational, etc.).  I prayed for them anyway and ask for unity with them and with all followers of Jesus Christ.

We ended with communion.  I took communion three times with three different groups of people, and I loved Jesus every time.

40 Hours of Prayer is a highlight for me.  It would be even without all the artistry, but it is especially so with it.  I experienced joy, hope, peace, faith, etc. while leading people through these stations.  If you’re in our area, stop by before 5 PM tomorrow and pray yourself.  If not, pray where you are.  You may not be in our valley, but we want all of God’s blessings to be upon you as well.

God bless us all as we move to Good Friday and Resurrection Sunday!

Today is Ash Wednesday. This holiday, the first day of Lent, was not observed in my home or home church.  Since moving to California, I have been observing it, attending Ash Wednesday services at various local churches. I was so moved by last year’s service at Christ the King Catholic audio that I delivered a message about it.  I thought it would be good to share that message with you today, so here it is: Repenting and Rejoicing.