It’s been a tough week for me.  The first week of the new year is always tough.  Everything I love (fall, football, Halloween, Thanksgiving, Halloween, the Scottish Games, etc.) comes in the last third of the year, so all January means to me is that I’m not going to have any fun for eight months.

It has been even tougher this year, though.  My wife, who is not at full health, has had to work extra hours; she just got home from Ohio and twelve hours later she was working a twelve hour day.  It has been dark, rainy, and cold here.  This always makes me feel trapped.  A guy who doesn’t like me showed me hatred in public in front of my friends; he refused to shake my hand and tossed out some insult at me (I didn’t really understand what he said, but it was clearly an insult).  Church attendance and participation has been down.  I somehow got sick even though I was sick just three weeks ago.  So, yeah, it’s been a tough week.

As I entered the sanctuary, though, I saw sunlight streaming through the church windows.  The church windows face south, not east, but the sunlight was still coming through them in discernible beams.  And the sunlight was early morning sunlight, not afternoon or evening sunlight (there is a difference; I can’t describe that difference exactly, but I just feel like early morning sunlight, the sunlight of the rising sun, is somehow more optimistic).  Seeing that, I was suddenly encouraged.  I remembered who my God is, what my God has done in the past, and what He has promised to do in the future.

Actually, I remembered a song we sang in eight grade choir.  I wasn’t much of a musical kid, but I had to have a music credit during my last year of middle school, so I took choir.  Our choir leader was a wonderful woman.  I can’t remember her name but I remember her face.  She was a great teacher and a joy to be around.  I also think she was a woman of faith.  Even if she wasn’t, she taught us this song.  It’s called “My Lord’s Gonna Come In The Morning”.  I don’t know where this song comes from; I had never heard it outside of choir class and can’t seem to find any professional recordings of it.  But I’ve never forgotten it.  I’ve particularly never forgotten the chorus, which you can hear in this video:

And that is true.  That is one of the great truths of The Faith.  Our Lord is going to come in the morning to deliver us.  He allows us to go through dark times (I guess; some of my mentors have different ideas about why dark times happen, but I think God at least allows them to happen), but He will always eventually show up to pierce that darkness with His light.  I think the daylight I saw coming through the church windows was a little taste of that (is it too crazy to think God sent that to me as an encouragement?).   And I believe there are greater tastes to come. 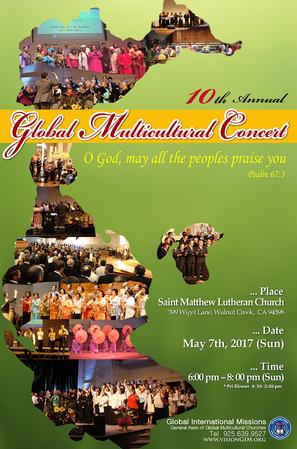