As I see it, there are three types of input we can receive from God:

All of these are valid and necessary, but I tend to prefer kairos.  I think kairos is the greatest input we can receive from God, the highest and most meaningful interaction we can have with God.

I think I received such a kairos today.  I’m not sure; it was kind of on the border between kairos and insight.  But either way, it was meaningful.  I was sitting in the dentist chair as an assistant cleaned my teeth.  The assistant was wonderful and kind, but being in the dentist chair always triggers me (it’s the money, not the pain, that bothers me) and I was a little grumpy.  As the assistant flossed her way through my mouth, I wondered why I was being grumpy toward a woman who was doing nothing unkind to me, and I realized it was because I was tired.  I realized I was not treating this woman as Jesus was (and, beyond that, was not living the life Jesus lived or having the spirit Jesus had) because I was tired.

This was not a new realization.  I have understood that fatigue reduces my Christ-likeness ever since Bible college.  What was new was what I realized after.  It was this:

“You are tired because you don’t have the desert rhythms Jesus did.”

“Desert rhythms” is a term I’m borrowing from Pete Scazzero.  I’ve been learning from him ever since a fellow pastor suggested I read his book Emotionally Healthy Spirituality (which is not an eight-week discipleship course which we will be running in my congregation after the new year). 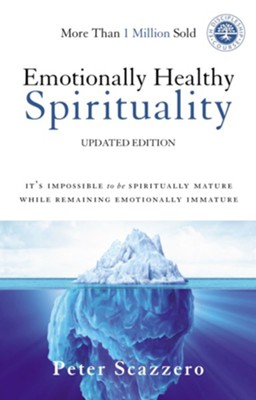 In a recent podcast, Scazzero talked about “desert rhythms”, that is, going into the “desert” or other place of solitude to interact with God.  I think he was talking about the desert rhythms of Elijah in that podcast, using the famous “still, small voice” passage from 1 Kings 19.  But it is true that Jesus had desert rhythms as well. 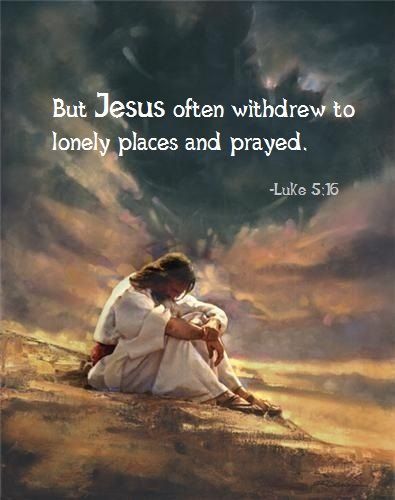 It stands to reason, then, that we not only need to do these things ourselves but to do them for the same purpose and to the same result.  A guy named “Chief Iron Bear” (Harold Collins) taught me this on an episode of Fox’s Guinness World Records Primetime.  Chief Iron Bear was a strongman participating in a keg toss competition.  During the show, he revealed his daily diet.  As he revealed the diet, he said, “If you want to be like Chief Iron Bear, you have to eat like Chief Iron Bear.”  (I couldn’t find that exact clip, but I know it came from the October 4, 2001 episode of the program, and I’ve put in a clip of Chief Iron Bear pulling a semi truck just for fun.)

Silly as I think strongman competitions are (and much as I truly don’t want to be like Chief Iron Bear or any other strongman; what they do is impressive, but they’ve got just too much bulk for me), I think Chief Iron Bear has a point.  Being like him was not an act of the will.  Being like him could not be an act of the will.  It instead had to be a matter of imitating his diet and training.

It is the same way when it comes to the Christ-like, Kingdom-like spirit.  I have wanted to have that spirit, to be that, for so long, but I’ve always tried to get/be it via a force of will, by just trying to get/be that.  I realize now it can’t work that way.  I realize now that if I want to be like Jesus (and I truly do; that has been my goal since I heard Larry Bryant sing “Sometimes I’m Samson” at a Youth for Christ rally in the mid-80s) then I have to eat like Jesus.  I have to imitate Jesus.  I have to do what Jesus did.

That includes having these desert rhythms, these times of silence, times of prayer that are more about being with God than asking God for things.  I will never get rid of the fatigue that keeps me from being like Jesus in any other way.  I can only get rid of that fatigue and thus only be the Christ-like person I want to be by resting myself/preparing myself in the desert rhythm way Jesus did.