In a recent episode of the Reasonable Faith podcast, Dr. William Lane Craig addressed a question on “the wasted space” of the universe.  The suggestion behind the question was that the presence of wasted space argues against the existence of a divine creator.

I can understand this question/suggestion.  I have questioned this wasted space and pondered this suggestion of this wasted space myself.  I’ve been threatened by this wasted space, actually.  I remember learning about this wasted space as a preteen in middle school and thinking that it did not match my Christian worldview, a worldview in which earth and the residents of the earth are the center of creation.  How could we be the center of creation, I wondered, when creation is so huge, containing way more than little old us?  How could there be a creator when so much of creation is empty and seemingly pointless.  It seemed to me at the time to be fairly persuasive evidence against theism in general and The Faith in particular.

Dr. Craig answered this question in the podcast, of course.  He answered it beautifully.  You can find that beautiful answer here (I highly suggest you do, in fact).  But I had a few answers for it myself, or at least a few thoughts about it.  They may not be as scientific as Dr. Craig’s.  They may not even be that good, valid, or effective.  But I felt like writing them down anyway.  Here they are in numerical fashion:

1.  Is this space really wasted?  That’s a legitimate counter question.  This space seems empty and thus we conclude it is wasted, but is it really?  Can we say with certainty that this space contributes nothing to the universe and/or the earth and/or life on earth?  Isn’t it true that this space could be contributing many things to us, thing which we simply aren’t aware of?  I believe it is.  In fact, I can think of a few things it might be contributing to us.  One of those things is the stars which have been so beneficial (i.e., they have been the  basis of naval navigation for centuries) and enjoyable to humans (and a good creator who loves us and wants to bless us would give us things that are enjoyable to us).  But they require a lot of space.  I’m not an astrophysicist.  I’m not even sure what I’m talking about fits in the field of astrophysics.  But I am fairly confident that the stars, the suns, the moons, the planets, and all the other “wonders beyond our galaxy” which are so enjoyable to many and beneficial can’t all be crammed into a small space, fairly confident that they must have expanses of their own to exist in, expanses which are far apart from each other.  Thus the space may have a purpose.  It may not be wasted.

If this idea about the stars needing space that doesn’t work for you, then let’s compare the universe to a watch.  This comparison seems apt to me, maybe because the creator, whether real or imaginary, is often compared to a watchmaker (as in Dawkins’ The Blind Watchmaker), or maybe because of this early Sci Fi Channel bumper.

The important part of a mechanical watch is the hands on the face, maybe even just the axle in the center of the face on which the hands turn.  That’s where the time-telling value of the watch can be found, the part that literally tells the time.  Underneath the face, though, on the underside of the watch beneath the hands and the axle, are a whole host of gears and springs and parts, the importance of which is not immediately obvious to someone unschooled in the art of watchmaking.  There is also empty space in there as well, usually not a lot but certainly at least some, enough to give the gears room to move and also to give the watch its shape (a shape which is sometimes aesthetic and sometimes pragmatic). 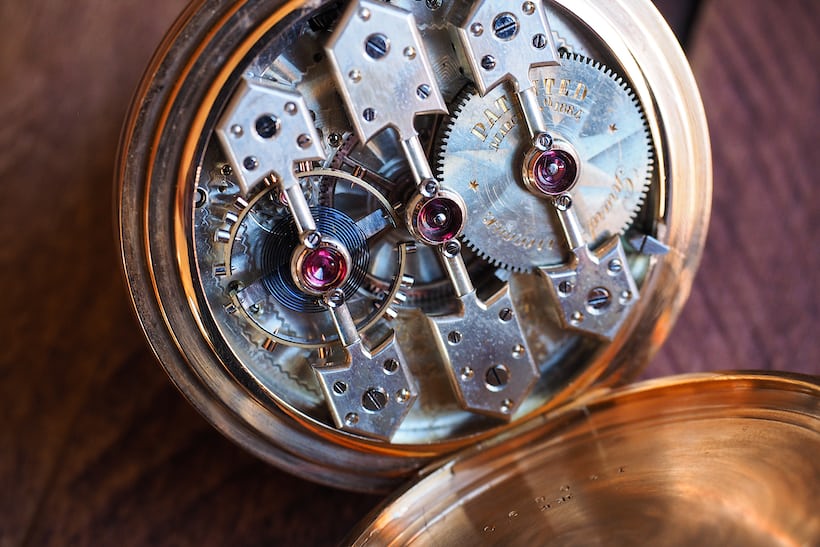 Couldn’t it be that the “wasted space” of creation is much like the empty space in a watch?  Couldn’t it even be that this wasted space is actually more like one of those gears and springs, something whose purpose we just haven’t figured out yet?

2.  Art often requires empty space.  I don’t know if this is true of all art, but it is certainly true of my art, of writing.  Every writer, particularly every fiction writer, creates a universe which he or she does not entirely fill.  Every writer lays out a large canvas only to focus and develop just one section of it.  For example, I love the Robert B. Parker Spenser series.  Most of these books take place in a Boston which is largely fleshed out in the books.  Some of them take place in other locales (I think at least one happens in California, and one in Europe as well).  Those other locales are present in Spenser’s universe, but they are not fleshed out as well as Boston; they are roughly sketched at best.  There are other locals which are hinted at (for example, Spenser mentions Africa at one point in one book, but he does not go there).  These aren’t fleshed out at all.  It can even be assumed that there are further locales which are not mentioned and thus not fleshed out at all but do exist (Spenser’s Boston is presumably part of a globe with an Antarctica and an Australia which play no part in Spenser’s stories but which do enable them, i.e., Spenser’s stories could not take place if his Boston was not part of a fully-functional globe).

If that analogy doesn’t work for you, consider the movie The Thirteenth Floor.  In the film, programmers develop simulation worlds inside a computer.  The don’t fully develop these worlds; they just develop one city.  But they do lay out a larger space in which these cities sit.  This actually gives us one of the key moments of the film, the moment when the developers come to the edge of these cities and see this space.

Again, Dr. Craig answered this question differently and certainly better.  I think these ideas I’ve laid out, though, are still worthy of consideration.  They are less scientific and more philosophical, to be sure, but still worthy of consideration.  I think they may in some small part counter the threat which “wasted space” plays to theism and/or The Faith.  I think they may show that this wasted space isn’t really wasted at all and that rather than being a point against a divine creator is actually a point toward a divine creator.